THINGS TO DO IN THE NORTH YORK MOORS NATIONAL PARK

Folk who love the great outdoors are naturally drawn to the wild beauty of this part of Yorkshire, but you don’t have to be an outdoor type to enjoy all the region has to offer. There are plenty of interesting, relaxing and indulgent diversions for those wanting a break at a slightly different pace. 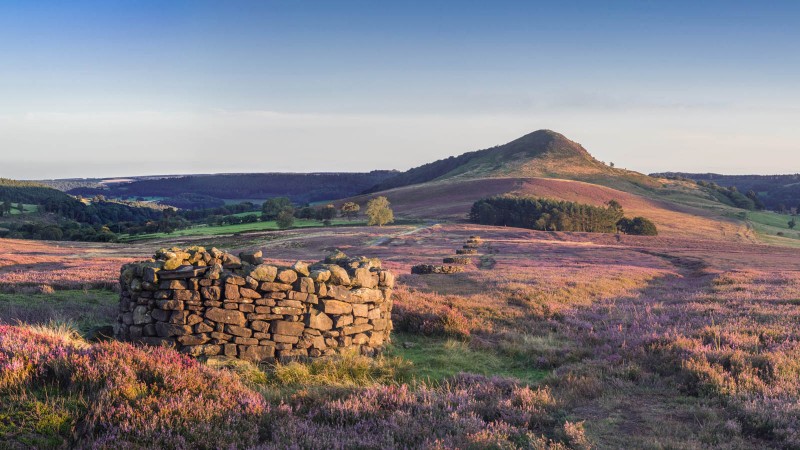 A grouse butt near Hawnby Hill. Image by MATT HILLIER

Criss-crossed with 1,400 miles of well-trodden footpaths, the North York Moors National Park is a haven for walkers and on foot is undeniably one of the best ways to see the most scenic parts. Book one of the many guided tours available or take yourself off on a self-guided walk. The North York Moors National Park website provides walking routes and maps, as well as a wealth of information for those using other modes of transport. Driving will give you equally good access to the most spectacular sights as you traverse roads winding through sleepy dales and along exposed ridge tops, marked out by weather-beaten stone crosses. Cyclists love this region and there are dozens of excellent cycling trails to be discovered. Or for a truly memorable experience, saddle up to a trusty four-legged steed and take a guided horse-riding tour. 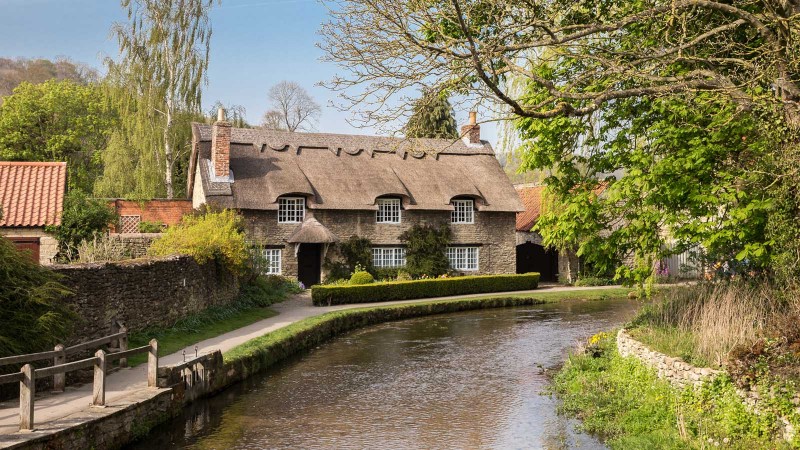 Some of England’s most picturesque market towns lie in the heart of this glorious landscape. Helmsley’s stunning ruined Rievaulx Abbey and the foodie delights of Malton are well worth exploring. Pickering, on the edge of the national park, is best known for its heritage steam railway.

Charming villages packed with stony cottages, tea rooms and cheery folk are an enticing draw for visitors. Hutton le Hole tops the list for many with sheep freely roaming the village streets. The stream-side thatched cottages and triangular village green in Thornton le Dale are straight out of a watercolour. And on the coast, Whitby, Runswick Bay and Robin Hood's Bay have a timeless, ghostly air.

Daffodils at Castle Howard in Yorkshire. Image by DAVE ZDANOWICZ

Nudging up against the southern end of the North York Moors National Park are the lush green Howardian Hills, an Area of Outstanding Natural Beauty and home to the incredibly majestic Castle Howard.

The moors are as popular with film crews as they are with tourists, such is their diverse and extraordinary beauty. Brideshead Revisited, Victoria, Heartbeat and some of the Harry Potter movies have been filmed here, to name just a few.

WLE SELECTED THINGS TO DO

Things to do listings are coming soon…

In response to requests from our audience, We LOVE England are busy curating a hand-picked list of all types of things to do for this area. We will be inviting businesses to appear here and on other pages over the coming weeks and months as we emerge from these strange times.

If you’d like to put your business forward for consideration, and would like to know more about our range of flexible packages designed to promote your offering across our powerful online platforms, please email us at:

We’d love to hear from you.