LONDON - A TALE OF TWO CITIES 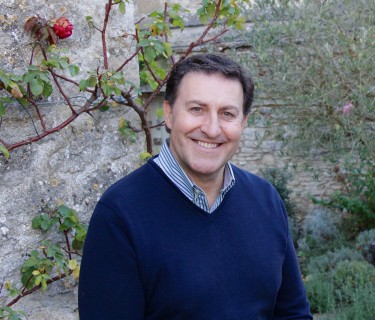 I wonder if London is perhaps a little greedy. Most great cities, if not all, are satisfied with being mono, singular, standalone. But not London…

‘Greater London’, as it is known, is 600 square miles (965 square km) and includes two cities and 32 boroughs. But - if you’ll allow me to be a thorough Blue Badge guide for a moment to illustrate my point - The City of London is actually just ONE square mile.

This is the original ‘Londoninium’ that the invading Romans established on the River Thames approximately 2000 years ago. They built a very impressive wall around it (parts of which can still be seen) to control who came in and out, and London, for the most part, continued to grow within this wall for the next 1000 years!

By the early 11th Century, there were over 16,000 people living inside that tiny city and the King, Edward the Confessor, who hated the rats, the stink, the vice and the noise, decided to build himself a countryside palace on the same river, upstream (and importantly, upwind!) to the West of London. This palace later became our government buildings, The Houses of Parliament.

The King, in a bid to guarantee his place in heaven, then set about establishing a vast church, complete with monastery, on the doorstep of his palace, splendid enough to host royal weddings, coronations and burials. This church was the origin of this new(er) city’s name. A minster is a large or important church often built as part of a monastery, and Westminster Abbey became the minster to the west of The City of London, the West Minster.

So, when you plan your visit to ‘London’, which city should you visit? The answer is both, and the differences are best explained by this famous saying:

The City of London is now our financial district and a fascinating area to visit because it is home to our most ancient and most modern buildings.  Every day hundreds of thousands of besuited men and women weave through ancient streets past parts of the original Roman wall, London’s most infamous palace and prison, The Tower of London and the masterpiece that is St Paul’s Cathedral on their way to work in ‘The Square Mile’. This is a huge centre of world banking and finance and boasts some of our most extraordinary modern architecture including the Lloyds Building, home to the historic Lloyds of London, and buildings whose silhouettes have garnered their own local titles such as The Gherkin, The Cheese Grater and The Walkie Talkie.

The City of Westminster on the other hand, is a banquet of hotels, restaurants, shops, galleries, museums and expensive residential neighbourhoods. The London sections of Downton Abbey, The Crown and Belgravia were all filmed in this area.

Westminster is also home to the Royal Quarter - Buckingham Palace, St James Palace, Westminster Abbey - they’re all here and just a short walk from each other. This area is also where you can see the historic ceremony of the Changing of the Guard.

The Horse Guards - changing of the guard at Buckingham Palace

Needless to say, there are endless shopping opportunities in Westminster. The Queen’s grocer and tea supplier for instance, Fortnum and Mason, a small, but very elegant department store, is still frequented by royalty and if you are a passionate tea drinker, you will be spoiled for choice by their selection of blends. Just across the street is the jewel box that is The Burlington Arcade, a covered shopping street from the 1800s, just wide enough to fit two ladies in wide skirts walking side by side.  Presided over by uniformed ‘Beadles’, these gentlemen are here to enforce rules from the 1800s asking that we don’t sing, whistle, hum, hurry or be boisterous! Whether you make a purchase at one of the tiny specialist jewellery, clothing and patisserie boutiques or simply indulge in window shopping, the arcade is a wonder in itself.

Westminster also has parks, some small and picturesque, and others absolutely enormous: famously, Hyde Park is just about big enough to fit the entire Principality of Monaco inside it! Perfect for a picnic and lazing in the sun, or if you’re feeling a bit more fitness conscious, you can always take advantage of the running trails, horse riding trails, cycling paths, or rowing on The Serpentine, a large lake named for its snake-like course.

As for galleries and museums, The National Art Gallery in Trafalgar Square is a must. Rembrandt, Holbein, Da Vinci; some of the greatest works of art from the 1200s to 1900 are free for everyone to enjoy, as there never has been and never will be a charge for admission. Just a short walk through Covent Garden Market, famous for its street performers, food and boutiques, is The Courtauld Gallery, which houses possibly the best post-impressionist collection outside Paris, within one of London’s most impressive former aristocratic residences, Somerset House. On a sunny day, lunch on the terrace here, overlooking The Thames and our spectacular observation wheel, The London Eye, is a real treat.

Speaking of the Thames, one of the best ways of travelling between the two cities, and in my opinion, by far the most satisfying in terms of sightseeing along the way, is by boat. Hop on (or off) at The Tower of London, and hop off (or on) at Westminster Pier, right next to The Houses of Parliament. The Romans chose to establish Londinium on the River Thames because it would be a protected place from which to trade with the rest of their empire. Later, the river was also the fastest and most comfortable way for royalty and aristocracy to travel between their palaces and houses. Gone are the days when it would freeze over and winter fairs were held on the ice, and with traffic slow in London, a trip along the Thames, a river that helped create a tale of two cities, is much recommended.