Home > THE GOLDEN TRIANGLE OF KENT

THE GOLDEN TRIANGLE OF KENT 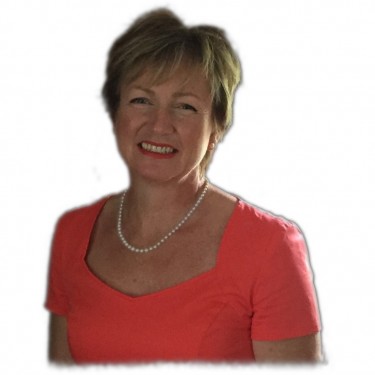 What links England’s most infamous king with her most famous Prime Minister and best-known wizard, Harry Potter?

Take three of Kent’s most spectacular stately homes, all within 10 miles of each other, only 30 miles from central London and you get the answer.

Known locally as the ‘chocolate box castle’, it is everything you expect of a castle but pocket sized – a ‘starter castle’ perhaps. Hever is most famous for being the childhood home of Anne Boleyn, the unlucky second wife of King Henry VIII, and to where she was sent by her father in a vain attempt to remove her from the Royal Court and the king’s roving eye. This awoke King Henry’s hunting instincts and with renewed ardour he set off to track down Anne in Kent whilst staying at the other houses on our list. Exactly one thousand days after Henry married Anne, she was executed and Hever forfeited to the Crown. Later Henry presented Hever Castle to wife number four, Anne of Cleves as a divorce settlement – the irony is excruciating!

Hever Castle came to prominence again in 1903 when William Waldorf Astor – the richest man in America – bought the property. Astor did a wonderful renovation job. He created a Tudor village next to the castle for house guests and on a quick glance, one would think it was completely authentic. Astor employed 800 workmen to develop new gardens to store and show off his Italian artefacts collection, move the river, hand-dig a 35 acre lake, empty two local quarries of stone to build the garden ‘rooms’, bring in mature trees for instant landscaping and even installed a hermit. All still in place over 100 years later and all in very good condition (with the exception of the hermit). If you need a little more time to soak up the atmosphere, you can stay in the Tudor Village. Try out the local pub, known in Boleyn days as The Bull Inn. The name expeditiously changed to The King Henry VIII Inn to clarify just whom the publican supported.

This is the Tudor hunting lodge reputedly visited by King Henry VIII in the hope he might contrive to meet Anne Boleyn whilst out hunting. Almost four hundred years later, Sir Winston Churchill bought the now extended property and chose to raise his family here. The name Chartwell is derived from the well or spring in the forest clearing (chart) and the spring is still in evidence in the fishponds and feeds into the outdoor swimming pool that Churchill built. Churchill’s wife, Clementine, was not involved in the decision to purchase Chartwell (she was otherwise occupied giving birth to their daughter, Mary) and never really warmed to the place. It was a money pit, requiring extensive renovation. Even Churchill’s architect seemed less than enthusiastic, describing the property as, “An example of Victorian architecture at its least attractive.” But as Churchill said, “It was the view that seduced me!” On a clear day, that view extends unbroken for miles over the Weald of Kent. Sir Winston spent much of his wilderness years between the wars at Chartwell and never still, relaxed by building the walled garden at weekends. Local legend has it that the gardener’s boy re-built the walls during the weekdays! Today Chartwell is a mix of the Churchill family home and museum to Sir Winston, the two combining to provide a portrait of the man behind the politics.

Originally built as the country seat of the Lord Mayor of London, it still retains its magnificent medieval Baron’s Hall. King Henry VIII invited himself to stay with the long suffering 3rd Duke of Buckingham so the king could continue his pursuit of Anne Boleyn nearby. Another Tudor love story may have taken place at Penshurst; Queen Elizabeth I enjoyed the hospitality of the Sidney family and the great poet and soldier, Sir Philip Sidney. Look at the picture displayed at Penshurst depicting Queen Elizabeth dancing the riské La Volta with Robert Dudley throwing her high into the air. Is this sufficient proof that she really was sweet on Dudley?

The Penshurst garden records date back to 1346 and are designed as ‘garden rooms’, each with its own style and colour divided by over one mile of yew hedging set in 11 acres. The yew hedge clippings are sent to laboratories to extract taxane – a chemical central to the treatment of some cancers. Marvel at the garden detail, and ponder the ongoing debate of whether gardens are built or grown by investigating the reason for the elliptical pond in the Italian garden. My favourite ‘room’ by far is the 100 metre Peony border - simply exquisite. Join the Penshurst Peony alert to get information as to when it will be at its best each year.

And so we have it; three country houses all built in the 14th Century and all with links to King Henry VIII. Today, all are of very different character, all have spectacular gardens and all are open to the public. But where does Harry Potter come into the frame? Take yourself for a walk through the Long Gallery at Penshurst Place, and by the doorway there is one well-worn floorboard that when you tread on it emits a very loud squeak. As an avid HP fan, you are instantly transported to the Hogwarts of the Harry Potter films. When out scouting for film locations, the sound recordist was so captivated by the squeak that it has made its way into nearly every film!