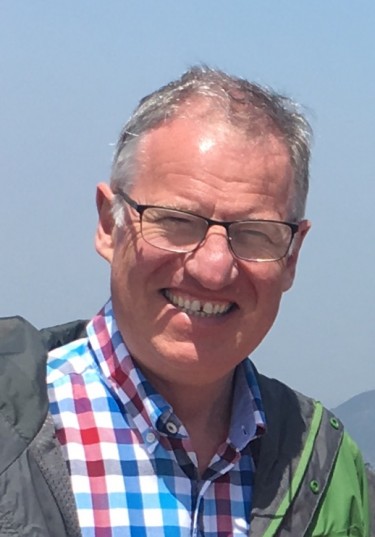 Caves give an opportunity to reflect on time and history, and to relax. The South West of England has three caves open to the public.  Each gives an enticing snapshot into England’s past, its varied landscapes and ancient occupants.  The otherwise inconceivable notion that Devon and Somerset once resembled Africa, and at other times the ice age tundra typical of northern Russia, becomes a logical conclusion when you discover the geological processes responsible for these underground spaces.

Temperatures remain constant and while seasons come and go on the surface, cave environments change little. In some chambers the sound of cascading water is deafening while in others there is complete silence, but in all, total darkness dominates.

Stalactites and Stalagmites at Kents Cavern in Torquay. Image by ALEX GRAEME

England has spectacular natural showcaves, underground spaces formed by natural processes, not mined nor excavated but now adapted for access without specialist equipment.  The alternative is a wild cave, but we can leave those to the more adventurous.  The Victorians had a fascination with the underground and were responsible for the early development of showcaves in England and around the World.

The three showcaves in South West England are Wookey Hole, Cheddar Gorge, both in Somerset, and Kents Cavern in Devon.    Wookey is just outside the city of Wells, a must-see town with a magnificent cathedral.  Cheddar Gorge, 20 minutes’ drive away, is in the town famous across the World for its distinctive hard cheese. The prehistoric caves at Kents Cavern are in Torquay, the birthplace of Agatha Christie.  She refers to Kents Cavern in her 1924 mystery The Man in the Brown Suit, probably inspired by her father’s involvement with the excavations there in the 1870s.

Wookey has a theme park feel and the cave tour is guided.   It has an onsite hotel, with a roof inspired by the Witch of Wookey’s hat. There is loads for the family to do here including a dinosaur park, penny arcade, a working paper mill and Wild Wookey, a wild caving adventure.  During the cave visit you stand in a massive chamber, with a lake.  It is a wonder that such a vast space exists underground.   The cave visit lasts about 45 minutes.

Cheddar Gorge is a self-guided walk using handheld commentaries, providing translations if you have guests whose first language is not English.  This cave has a rich heritage of early modern human occupation.  Discovered in Gough’s Cave, Cheddar Man is the oldest almost-complete skeleton of our species found in Britain. There is a museum of prehistory, rock sport activities and an Escape Rooms venue.  Parking is at the beginning of the gorge. The trail to the cave entrance is lined with gift shops, and the temptation to buy cheese or other local products, especially Somerset cider, is strong, but wait until heading back to the car.

Kents Cavern is England’s most southerly showcave in South Devon.  This cave may not have the drama of loud cascading water, but it has something else. A connection to humankind that goes back at least 500,000, to the Lower Palaeolithic, to a time when the first humans came out of Africa and populated Europe and Asia.   This cave has entertained humankind, almost continuously, longer than anywhere else in the World.  It is Britain’s oldest cave home and recognised by UNESCO within the English Riviera UNESCO Global Geopark.   Not only occupied during prehistoric times, the existence of a cave here can be traced back to Roman times. The oldest ‘modern’ inscription is by William Petre from in 1571, when Elizabeth I was queen of England. Access controls were installed in 1880 and today Kents Cavern has the same statutory protection as Stonehenge because of its value to England’s prehistoric heritage.

There are six other showcaves in England, three in the Peak District National Park and three in the Yorkshire Dales. You can read about these in my forthcoming blog Visiting Caves in Yorkshire and Derbyshire.

From Ingleborough Cave in North Yorkshire to Kents Cavern in South Devon, here are my top 10 reasons to visit a cave in England: