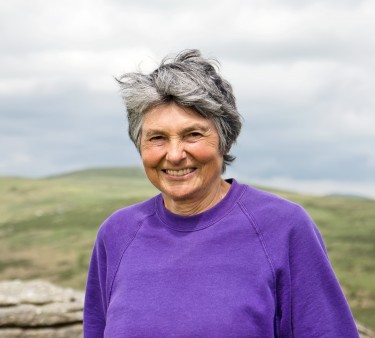 I accidentally co-founded Bradt Travel Guides in 1974, with a scruffy booklet on hiking in Peru and Bolivia written on a river barge in the upper Amazon and printed in Boston by my mother-in-law. When we returned to England my efforts to find a Real Publisher to do the next edition failed, so we had to take on the job ourselves.

To my continuing surprise and satisfaction the company is now the most successful independently-owned travel publisher in the UK (helped significantly by my claiming to be semi-retired and moving to Devon, so that the every-day management of the company is out of my hands). We have always specialised in unusual destinations (in 2020 I co-wrote the first ever guide to Socotra) but with an increasing focus on Britain. My three Slow Devon guides, North Devon & Exmoor, South Devon & Dartmoor, and East Devon & the Jurassic Coast (the last two co-authored by Janice Booth), are all now in their second editions.

As I approach my 80th year I’ve found my attention increasingly turning to the delights of my adopted county, Devon, and the Southwest region. Considering myself exceptionally fortunate in still having serviceable legs, I run regularly as part of a three-person team called The Old Crones (the slogan on our T-shirts is  ‘We do because we can’ ) and I intend to continue tackling long-distance walks, both in the UK and abroad, for as long as I’m able. I can guiltily say that I had a tremendously enjoyable lockdown since it allowed me to explore new areas of my neighbourhood,  free of traffic and during the sunniest spring that I can remember. Walking is made all the more enjoyable by my enthusiasm for the natural world and my passion for England’s little rural churches, often hidden deep in the countryside, and containing antiquities of nationwide importance.

In 2008 Hilary was awarded an MBE for services to Tourism and to Charity. In subsequent years she has received a Lifetime Achievement award from the British Guild of Travel Writers, was inducted into the Hall of Fame by the Latin America Tourism Association, and  given the Special Contribution Award in 2019 in the Travel Media Awards. She remains a Director of Bradt Guides and does not intend to retire “for a little while”.

Find out more about HILARY

This Corona year gave me – and millions of others – the opportunity to spend time exploring my own region – England’s southwest. As a travel writer, I’m normally away such a lot that finding two or more spare weeks is difficult, so my long-held ambition to walk Devon’s Coast to Coast tra... see more
×
❮ ❯